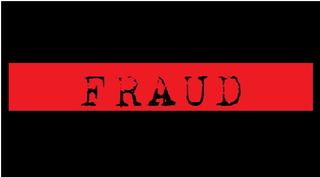 NYU/Langone hearings and findings prove that Dr John Siebert and his lawyer Joseph M Burke suppressed material evidence in court proceedings pursuing Siebert and his PC for about $20 million in defaulted notes, guarantees and agreements, Siebert and Burke engaged in a pattern of obstruction of justice, intentional spoliation, intentional fraud on the court by secreting the findings after NYU hearings where Burke and Siebert were present finding that Siebert engaged in sex crimes and healthcare fraud and other illegal acts while misleading the NY state supreme court and the appellate division first department. Siebert and Burke with intent to defraud the courts secreted these findings in order to steal $20million being sought that Siebert and his PC unconditionally agreed to pay Siebert and Russo and Burke/Joe burke with intent to perpetuate crimes and cover up Siebert's healthcare frauds and sex abuses intentionally did not disclose or admit to the NYU hearing findings that Siebert is a sex rapist and a thief. Rather, they suppressed the NYU findings and engaged in rampant perjury, suborning of perjury, fraud on the courts and criminal obstruction of justice.

Take judicial note as to how your courts were the subject of Siebert/Burke's perjury, criminal spoliation, obstruction of justice, fraud on your courts, inter-alia by the systematic and intentional secretion of NYU/Langone hearing's sworn-to proof that Siebert and lawyer Burke covered up the NYU hearings and findings that establish Siebert is a criminal, a insurance thief and a extortionist and not a respectable doctor as their perjury and spoliation attempted to display by perjury and false documents.

And in the cover up Siebert/Burke committed perjury and covered up Siebert's documented crimes while defrauding the court and violating judiciary laws and avoiding reprisals, prosecution and judgments.

The records of the NYU hearings and the Siebert victim's testimony and NYU findings and the Diane Kleiman affidavit and empire BC/BS cover-ups is sufficient proof to disbar Burke, and criminally prosecute Siebert, Burke and Gomez for concealment, false statements, illegal and fraudulent conduct and a cover up of healthcare thefts and robbery of plaintiff's documented $20million in Siebert notes and unconditional obligations.

Dr Siebert is a pathologically self-absorbed con man who with the aid and assistance of corrupt lawyers Russo and Burke, Joseph M Burke and Kenneth V Gomez has raped victim patients physically, emotionally and financially, has committed healthcare thefts and frauds, medicare frauds and narcotics abuse and while knowing that the NYU hearings and testimony of Siebert's victims confirmed Siebert's crimes. These lawyers and Siebert secreted these facts, hearings, records and evidence from the courts with intent to defraud the court and the plaintiffs pursuing Siebert for bona fide obligations that Siebert signed notes and guarantees.

Siebert and his lawyers Burke, Gomez and Russo-Burke Esq's have betrayed the law, the professional disciplinary rules, mandates of the medical profession, Siebert's patients and the courts.

Siebert and his PC and Burke/Gomez have conned and defrauded the courts long enough---the revealing of the NYU hearing reports and evidence, the Kleiman sworn to affidavit, the findings of empire BC/BS, the firing of Siebert by NYU, Lenox Hill, Manhattan Eye and Ear hospitals all for cause and the hearings reports establish the criminal and intentional Siebert/Burke/Gomez frauds on the courts, obstruction of justice and criminal spoliation, perjury and thefts.

The NYU hearings and records of findings must be made public and also turned over to the supreme court, the appellate court and to law-enforcement.

Litigants and lawyers in concert are not supposed to engage in crimes on the courts by perjury, obstruction and systematic secreting of evidence to steal over $20million in legitimate notes and claims.

if Siebert or Burke want to comment or deny these charges and produce the NYU hearings tapes, records and transcripts. Scamraiders will publish the responses and further proof of the evidence and allegations herein.

NYU has a obligation not to continue to secrete any material evidence establishing Siebert's crimes and the basis for Siebert's termination from NYU and other hospitals in NYC for cause.