NYU/Langone Medical Center - why are you not reporting to the public and to law enforcement the documented and dastardly acts of Dr. John Weston Siebert? 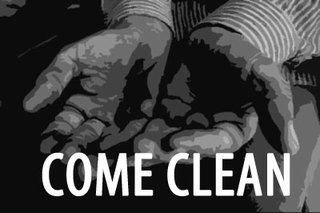 . . . including his confirmed sex molestings of NYU patients on hospital premises, misuse of narcotics and the reported and confirmed Siebert falsifications, forgery and resultant thefts from Empire Blue Cross/Blue Shield for money in excess of $1,250,000.00 according to NYU patient/victim Diane Kleiman?

NYU Langone is an NYC licensed hospital. It surely is supposed to obey the law and not cover-up for surgeons and doctors who are sex predators and thieves. NYU was sued by at least one patient and many others have complained, we are informed, about Dr John Siebert, a plastic surgeon on NYU faculty. NYU conducted in depth internal hearings and soon thereafter canned and fired Siebert.

Yet NYU apparently insulated the Siebert termination and has continued to allow Siebert to use and misuse NYU/Langone's name in ads, falsely claiming that Siebert - although fired - is still on NYU/Langone faculty and staff. Very curious and suspect . . .

Neither Dr. Siebert or his lawyers or, for that matter, NYU/Langone have denied, in public or in court pleadings or to Scamraiders any of the charges and findings that Aiebert, for years and while employed by NYU/Langone, sexually abused patients and that Siebert ripped-off healthcare insurers including Empire BC/BS by repeated and systematic acts of fraud, forgery and falsifications, resulting in a fortune in illegal monetary enrichment for Siebert and, as reported in sworn to documents, for NYU as well, according to persons with first-hand knowledge,

What the heck is going on at NYU/Langone? What does Siebert have on the hospital that rewards this possible cover-up by NYU officials?

The fact is that NYU/Langone fired Siebert for cause, albeit "under-the-radar" - these Siebert crimes are far to serious to be kept "under-wraps" by a big-deal NYC hospital. Siebert has been proven to be dangerous and a menace to innocent victim patients. The man must be fully exposed and NYU/Langone must cooperate in doing so.

Innocent patients and their safety are at stake!

Now, the entire Siebert sex crimes, rapes of innocent patients bodies, emotions and money is in the public domain much while Siebert was at NYU - and while at NYU engaging in these sex abuses and frauds on healthcare insurers by falsifying patients NYU and other records and charts - NYU/Langone put the facts of Siebert's crimes and your findings out for all to see-and protect the public-not bad-egg Dr. Siebert.

these despicable Siebert acts and healthcare thefts have been confirmed by others and surely verified by NYU/Langone as the hospital fired Siebert after these hearings and NYU's internal investigations and verifications of patients charges that Siebert sexually abused and molested patients and Siebert stole a fortune from healthcare insurer empire bc/bs while on the faculty of NYU/Langone.

NYU/Langone you have an obligation to expose Siebert's crimes while he was working for you and to report the exact reasons NYU/Langone kicked Siebert out.

NYU still refuses to make public the findings that mandated NYU fire Siebert and remove him from hospital premises. NYU must not cover-up Siebert's sex crimes and must come-clean about all of the evidence against Siebert including Siebert's robbery of a fortune from Empire BC/BS on the reported Kleiman/NYU case alone.

NYU you can not as a licensed NYC hospital shroud and cover up the criminal acts of a member of your staff and faculty - Siebert's acts are federal and state crimes.

Healthcare fraud affects every citizen in America and for you to cover-up a vicious doctor and sex offender Siebert, who has molested and raped innocent patients in your hospital, is a horror story yet to be told.

NYU/Langone and their chief in house lawyer Annette Johnson, Esq- it is about time you stop the squirming and the typical lawyer-style machinations and come clean and tell the truth and report Siebert's healthcare thefts at least involving the confirmed and verified NYU and Diane Kleiman thefts and forgeries- for openers- so that other innocent victim patients are not lured into sociopath Sieberts outlaw clutches.