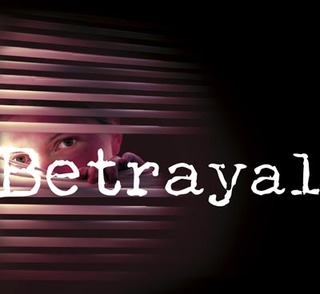 Under Freedom of Information Act and legal process Scamraiders is seeking and will obtain all the relevant records surrounding the dastardly acts engaged in by Siebert including sex abuse, healthcare fraud and intimidation of victims hidden by Siebert and his lawyers all of which resulted in Sieberts being fired from NYU/Langone, Lenox Hill, and Manhattan eye and ear hospitals and these corrupt and pathologically self absorbed atrocious acts ignored by other hospitals who seek money over patient care and safety.

Scamraiders wants all of the public to see in full detail the despicable acts of a rogue sociopath Dr Siebert and the findings after lengthy hearings and testimony that Siebert molested, financially, emotionally and physically raped and plundered his victim-patients and who stole and engaged in healthcare fraud for his unjust gain.

Scamraiders under the freedom of information act has requested all records, reports and findings of all hearings conducted at NYU that found proof of Siebert's sex abuses, healthcare thefts and other illegal acts that resulted in Siebert's discharge.

Much of Siebert's sex abuses and healthcare frauds have been confirmed and verified by (inter alia) lawyer Diane Kleiman's affidavit, and lengthy interviews with Kleiman, and communications from other of Siebert victims including Ms Rachel, Linda M and others and by Empire Blue Cross/Blue Shield.

The transcripts, evidence and reports and findings at numerous and as yet secreted hearings conducted by NYU confirming Siebert's crimes must be as a matter of public policy, fully disclosed and made public per FOIA.

Siebert was fired by NYU/Langone for cause after these hearings, the public wants all of the facts about a 'bad-egg' plastic surgeon DR John Siebert.

Scamraiders has also served FOIA requests upon Lenox Hill and Manhattan eye and ear hospitals for their records and reports and findings surrounding their firing of Siebert as well.

And who even after discharge Siebert, a pure sociopath, continues to thumb-his-nose at these hospitals and continues to falsely claim in internet and other Siebert solicitations and ads that he is still with the very hospital who fired Siebert for cause in the first place.

Siebert's false ads continue to con and defraud innocent potential patient-victims and by fraud can and will lure more victims to Siebert who has been found to be a sex vulture and rapist as confirmed by patient affidavits, interviews, letters and testimony at the NYU hearings.

Siebert's deception, larceny and sociopath-outlaw acts must be pursuant to FOIA, fully exposed and Siebert must be put out of the medical profession for his now documented abuse of patients and his railroading of healthcare funds through the reported falsification of patients files in order to rob healthcare insurers. See Diane Kleiman affidavit.

Siebert's crimes and patient abuses were the foundation for his being fired by NYU and Lenox Hill, but these hospitals can not any longer secrete the findings based on the continued damage Siebert is doing to the public and the public's trust and safety by his false internet and other ads and his outrageous disdain for the law and patient care.

The FOIA findings will be fully reported on Scamraiders sites and fully disseminated to the public and all interested audiences.

Scamraiders will post on its homepage the freedom of information act requests that have been served upon NYU/Langone hospital and Lenox Hill hospital/manhattan eye and ear hospital for all to see and review.

These disclosures are all in the public's interest as they relate to the care and safety of the public and the integrity of our doctors and surgeons and the healthcare system in America. These Siebert/hospital findings and related records must and will be made fully public.