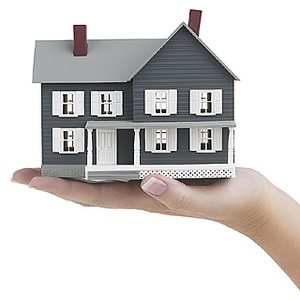 The Task Force is an interagency group, set up in November 2009 by the current administration, linking members of state and local law enforcement with over 20 federal
agencies, 94 US attorneys offices and regulatory authorities in an
effort to specifically target financial fraud.

Since its inception on March 1st of this year, the aggressive effort to investigate and prosecute housing financial crimes both criminal and civil has seen almost
2,000 defendants stand before the court to answer for scams in the
area of $2.5 billion. The nearly 500 convictions and civil actions
have also managed to recover over $200 million from the crooks.

The scope of these crimes is quite staggering. As befits the melting pot that is the United States the players, both victims and perpetrators, in these scams cover a wide
range. Here are some examples of the scams busted by Operation
Stolen Dreams:

A former mortgage broker was sentenced to 270 months in federal prison for stealing some $400,000 who believed they were simply refinancing their homes. In fact, Michael
Fiorito was reselling the homes without his clients’ knowledge.

Though he promised the victim’s home equity checks, Mr. Fiorio was proven to have physically intercepted those checks and deposited them. Some victim’s were forcibly
intimidated into endorsing the checks over to the criminal.

Two Atlanta men plead guilty in April to charges that they were involved in a scheme that profited from the corruption of a program designed to assist seniors by obtaining cash
equity for their homes or providing funds for the purchase of new
housing.

By faking down payments and using stolen identities to inflate the appraisals, the men were able to create false equity of the homes in the hundred of thousands of
dollars. After securing the reverse mortgage loans they would then
divert the funds to themselves and the initial homeowners would
receive no assistance.

Even the big boys came under the microscope as the Federal Trade Commission and the Department of Justice’s US Trustee Program were able to wrangle a $108 million
global settlement from two Countrywide mortgage servicing companies.

According to the June 17th press release, the companies were accused of inflating fees “charged to cash-strapped homeowners whose mortgages Countrywide was
servicing, made false or unsupported claims about amounts owed by
borrowers in bankruptcy, and charged fees to borrowers that were not
disclosed until after the borrower’s bankruptcy when attempts were
made to collect the fees.”

Overcharged bankruptcy debtors and others falling victim before Countrywide was purchased by Bank of America will be eligible for payouts from the $108 million redress
fund. Going forward Countrywide must provide borrowers in bankruptcy
with adequate notice as to charges and the company will be under
further scrutiny as their internal procedures for ensuring the
accuracy of data used in servicing homeowner loans is now subject to
verification by a third party overseer.

Two defendants were arrested and charged in Miami for a scam that managed to procure some $4.4 million in fraudulent mortgage loans.

One defendant advertised herself to the Haitian-American community as an assistance provider for immigration issues and a manager of government-sponsored housing programs. Those
who visited her for assistance were asked to provide their personal
information, this included names, social security numbers and copies
of driver’s licenses.

The two defendants then used this information to purchase property without the victim’s knowledge or approval. After the properties were closed, the defendants would
then file false quit-claim deed transferring title back to a company
the defendant’s owned. By the time the scheme was busted, they had
created almost $2 million in losses to various lenders, and caused
countless financial headaches for folks who had come to them in good
faith seeking assistance.

TIPS FROM THE FBI TO HELP AVOID MORTGAGE FRAUD:

— If you want to purchase or sell a home, get referrals for real estate or mortgage professionals. Don’t stop there though, check with state and local regulatory agencies to
ensure the validity of their license.

— Do your own footwork to find out what similar properties in the area have sold for or for how much they are being listed.

— Don’t let anyone talk you into making a false statement on a loan application. Not your realtor, not the mortgage broker - no one.

— Don’t sign blank documents or any document containing blank lines. Read and review before signing, and if you don’t understand the documents hire an attorney to review
them for you. It will be money well-spent.

If you think you’ve been victimized, please contact your local FBI field office:

Want to learn more about the Financial Fraud Enforcement Task Force? Then visit: