Though Dunkin Donuts is a respectable company dispensing a medley of artery-clogging sweet confections for you to dunk into your coffee, it seems one of their employees had something else in mind.

One of our Scamraiders has provided us with a detailed and very sad story accompanied by documents of an alleged $110,000 scam. He claims he fell victim to this ploy while a patron at a Dunkin Donuts Shop, simply seeking his morning java. Our Scamraider, having just struggled with a personal brake-up and vulnerable, was apparently targeted by a smooth-talking Dunkin waitress. Sweet-talking our Scamraider, she a started a relationship with him and the swindle began. Over the ensuing months, spending time with her after-hours and each morning over his Dunkin donut, she gained his trust and then this supposed con artist began a series of sob-stories and personal tragedies that the good-hearted Scamraider bought hook-line-and-sinker. 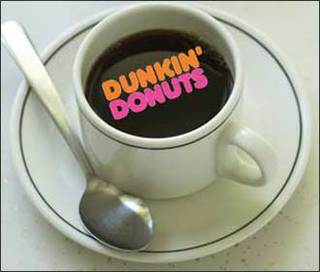 The Dunkin Donut employee was allegedly having difficulties acquiring a US Green Card needed cash for legal fees. Then she supposedly became sick with a tumor needing surgery, etc. Thereafter, the scammer needed cash for her allegedly needy family. The poor guy was taken in little-by-little for over $110,000 within about eight months. Apparently he had become emotionally attached and truly wanted to help this gal with her “problems”. He finally figured out the con and sadly now, the scammer is avoiding the heartbroken/robbed Scamraider, and she has not respond to any legal requests, which realistically don’t hold much weight, and he can not locate her.

Scamraiders contacted Dunkin Donuts Corporate Office to alert them to these possible activities and they promised to conduct an independent investigation and promptly respond to Scamraiders. Unfortunately, though Dunkin Donuts is technically not responsible, ethically it seems they should not wish to have their customers scammed. Many weeks have passed and Scamraiders has not heard anything from Dunkin Donuts.

The overwhelming distress related by the Scamraider’s written explanation of what unfolded in this matter is truly disconcerting. It’s not only losing all of his money, it’s the emotional toll of being deceived by someone who took advantage of his good nature and robbed his heart as well. Here we are again reporting that if it is too good to be true---it always is---even with donuts, money, and matters of the heart.