Lawyer George Pavia
False-face George Pavia Esq. ‘by day’ fashions himself as a respectable lawyer and former control person of Pavia & Harcourt, which he and friends sold out to an Italian Organization. ‘By night’, George is a very different character and scoundrel. Scamraiders has uncovered evidence revealing years of George’s activities involving what appears to be the tip of the iceberg of a corruption and extortion enterprise. 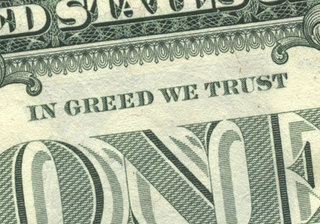 Documents, Court pleadings, and other evidence, appear to confirm that George along with his minions, thugs, and ‘affiliates’ have perpetuated rampant acts of corruption, extortion, harassment, money laundering, and tax evasion, including the conversion of money liened by Medicare, and tampering and/or bribery involving Court and Public Officials. In particular, George Pavia, his wife Antonia, and his thugs have jointly and/or severally:

a) Engaged in fraud, forgery, perjury and the filing of false documents at the New York City Department of Buildings (DOB).

b) Committed perjury and fraud at the New York Environmental Control Board Court (ECB).

c) Perpetuated fraud, perjury and false and doctored filings and Affidavits at the Department of Housing and Community Renewal in New York (DHCR), and in various Courts in the Unified Court System.

George Pavia’s corrupt enterprise’s tentacles have also stretched into the murky areas of Organized Crime and ‘connected individuals’ such as Ted Kohl, who is a confidant and ‘professional-witness’ of the Pavias. Kohl is currently serving time in prison (others we will not at this time name here). Ted Kohl is a money-launderer, tax evader, confessed perjurer, and criminal thug. Kohl’s pal, George Pavia, likewise, is a documented tax cheat and perjurer. Scamraiders has documents evidencing George’s methodical stealing of his very elderly in-law’s townhouse, 15 East 77th Street, NYC-- systematically converting the ownership of this over $15million property to himself and his wife without adequate consideration and without required gift tax payments. George and Antonia Pavia now operate the premises as a supposed New Studio Art School. The Pavias simply stole this property and avoided millions in tax consequences---for now. 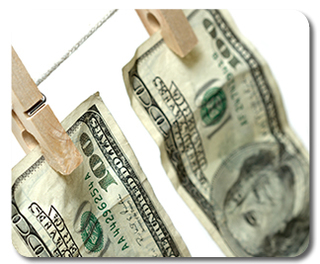 Further evidence reveals that George Pavia has been involved in extortion schemes, off-shore gambling, theft of Medicare lien funds and numerous other abuses. Because Scamraiders has Reported on what appears to be massive illegal activities orchestrated by George Pavia, he has attempted to discredit Scamraiders using legal abuses, filing repeated phony claims and charges against us and Jim Couri as part of a extortion scheme to try and thwart and gag Freedom of Speech and Print. George also has recruited for-hire thugs, including Kenneth Gomez Esq., to extort and harass Scamraiders and our Founder, Jim Couri, by publishing scurrilous lies and by distributing false despicable emails, etc., in a smokescreen rouse to cover-up Pavia’s corruption, bribery and thefts. We have obtained Court and other Documents that reveal George’s and his co-conspirators willingness to orchestrate, file and cause to be filed a series of false criminal charges against Jim in an illegal and zealous attempt to obtain lucrative commercial advantage, while at the same time Pavia is engaging in rampant Federal and State crimes and RICO law violations. 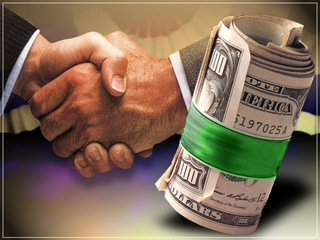 In our view, George Pavia is and has been a fraud, a thief, and plainly put--- a liar, fronting as a self-styled elitist. Moreover, George apparently suffers from mental problems, revealed by his Psychiatrist, Arnold Hutchnecker. George, who seems to have delusions of grandeur and believes is above the law, has gone into the deep water by his documented extortion. Pavia’s for-hire propagandist, Kenneth Gomez, has committed intentional fraud, extortion, harassment, and threats, via interstate instrumentality and on the internet. Scamraiders is very concerned that George Pavia, who is apparently deranged ala Captain Queeg in the film The Cane Mutiny, is apparently willing to do anything. George, in the presence of others, has already verbally and physically assaulted Jim, and now may escalate this dastardly course of conduct. George Pavia’s history of unethical activities point to an unstable and desperate individual who displays frequent sociopathic, dangerous, and alarming conduct. We at Scamraiders know that no one is or should be above the law. Neither Scamraiders nor Jim will succumb to extortion and threats from anyone, including ‘wild-man George’ and his gang. We will continue our exposes of the Pavias and their co-conspirators----stay tuned.