Gomez, in his ‘flim-flam’ manner, has just written a threatening and abusive letter, directed to DGT Design, Scamraiders web designer (who has nothing to do with Scamraiders site content). Gomez ‘demands’ that all materials “reported” about him be removed from Scamraiders as, according to Gomez, such content is ‘libel’. Gomez, a lawyer, has forgotten about Freedom of Speech and the Press. Mr. Gomez does not deny any of Scamraiders reported claims, nor does Gomez recite what facts specifically are “libelous” about him. Rather, he again proceeds to create a smokescreen by attacking our founder, Jim Couri, from whom Gomez and his co-conspirators stole and money-laundered over $230,000 (through corrupt acts, fraud and perjury).

Mr. Gomez, based on investigation, is without meaningful assets, appears desperate and now willing to continue his abusive machinations at the behest of the Pavia’s. Gomez now forwards, along with his August 9, 2009 transparent letter, irrelevant documents that he and his co-conspirators obtained through corruption, suppression of evidence, and other improper acts. Interestingly the documents that Gomez attaches are the subject of Court Vacature and Reversal, the substance of which have been reported on Scamraiders in other articles exposing George and Antonia Pavia, Joseph M. Burke and Dr. John Siebert. All of who appear to be part of this RICO ‘conspiracy’ activity.

Scamraiders Mission Statement and Terms of Use reveal that Scamraiders very existence is in part to uncover and report corruption, scams and swindles, etc. Scamraiders Articles are protected by the Doctrines of Freedom of Speech and Freedom of Press. In fact, Scamraiders investigators carefully research all material, Court, and other public documents, and even conduct interviews, before any Scamraiders Editorial Articles are posted. 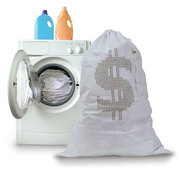 Mr. Gomez and his co-conspirators, George Pavia Esq., Antonia Pavia, Joseph M. Burke Esq., and Dr. John W. Siebert have been viewing Scamraiders site and specific articles since June 24, 2009, and none have asserted any claim, as the truth is indefensible. It appears they continue to believe that their only opportunity to avoid the truth is to abuse, by threats of legal action, and various forms of extortive conduct.

Scamraiders in its ‘Terms of Use’ provides an opportunity for anyone who we write about to comment, which Scamraiders will post, subject to Scamraiders reply. Gomez and his “gang” have stood silent for 6 weeks, and now, only through pure harassment of our website designer, feebly attempt to thwart the truth.

Accordingly, Kenneth V. Gomez’s emailed letter is a transparent belated scheme to ‘scare-off’ investigations into his and his affiliates’ conspiracy; money laundering, corrupt conduct, perjury, suppression of evidence and compromising of Court personnel. Scamraiders will not succumbed to threats, extortion, and harassment or abuse of its subcontractors, by Gomez or any one else.

Mr. Gomez, we find you letter absurd, and anxiously await your SPECIFIC responses to the following:

a) Do you deny that you committed perjury in your Affidavits submitted to
Judge Gesch and Judge Abdus Salaam in New York Supreme Court?

b) Do you deny that you conspired with John Hunt Esq. of the law office of
Marion Polovy, and Phil Lerner Esq. of Aarinson Rappaport Esqs. to
steal Jim Couri’s Medical Malpractice proceeds of $230,000?

c) Do you deny that you engaged in conspiring with George Pavia Esq.,
Russo Burke Esqs., and John Siebert to convert Jim Couri’s $230,000
Settlement? Do you deny that you and the Pavia’s compromised and
corrupted JSC Madden and others in the Unified Courts and at the
Department of Buildings, NYC, to perpetuate fraud and theft of money
and Rent Stabilization rights?

d) Produce your Bank records as to what you did with PRI Insurance check
you deposited representing Jim Couri’s settlement proceeds.

e) Do you deny that you distributed this money to your co-conspirators, as
part of a money-laundering scheme?

f) Do you deny that you conspired with Helmsley Enterprises, Harold
Miriam Esq., and Adrian Zuckerman Esq. to buy a bogus Judgment
(fraudulently filed over 14 years ago) for $6,500 only to, in a matter of
weeks, steal $230,000 of Jim Couri’s settlement sums? Then commit
perjury before the Court in order to retain your ill-gotten gains?

Scamraiders will be pleased to post your responses to these specific questions and further prove that you are a disgrace to the Practice of Law. Meanwhile, Scamraiders stands behind all its’ reporting about you and is satisfied that it is well-documented. We will now post your letter and responses to it for the public to read. Please stay tuned as Scamraiders will post ALL of Gomez threats, letters and all documents regarding these matters for the World to see. Mr. Gomez go read the US Constitution, it may do you some good, Scamraiders has it posted in Scamraiders ‘Significant Documents’. Any further baseless threats from Gomez and his cohorts will be dealt with according to law and Scamraiders terms of use.

We printed the following which was a handwritten fax by Jim Couri (Scamraiders Founder) responding on August 9-09 to Kenneth V. Gomez’s threatening letter to Scamraiders website designer:

To: Kenneth V. Gomez Esq.
From: Jim Couri, a $1 a year Consultant to Scamraiders

Cease and Desist your extortion, threats and harassment, malicious interferences.

Why now Sir? You and Burke have been on Scamraiders since June, 24.09? As has Pavia, Siebert, UW Hospital, Lenox Hill, NYU Medical Center, etc.

Please note: Your threatening letter will be recommended by me to post on Scamraiders.

Your letter to the above is pure extortion, libel, slander and absurd. DGT Design are not Scamraiders. Your letter is a scheme to slander me with a 25 year old deposition of my sociopathic Mother who was under psychiatric care, ill with liver cancer, and who I supported after my Father passed away. This displays your desperation having nothing to do with Scamraiders’ well-researched evidence of your corruption, perjury and frauds. You cannot deny the claims, rather you create Madden smokescreen about me. Madden was corrupted by you and Pavia, which will be proven under RICO shortly. The Appellate Division Feb. 28, 2008 Decision, obtained by your partner Joe Burke, was done by suppression of a Filed Note of Issue and lying to the 1st Department, now subject to Motion to Reverse and Vacate.

b) Freedom of Press and Speech

-----The truth is the best defense, as is your own Bank Statements and perjured Affidavit and Documents.

James Couri Affidavit
Re: Secured Parties and His Medical Malpracti...