The termination of Dr John Siebert by NYU Langone hospital mandate full disclosure and public disclosure of the hearings, records and reports conducted by NYU, and in their possession 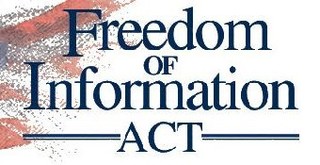 The termination of Dr John Siebert by NYU Langone hospital and the reports of Dr Siebert's sex mutilations of patients, healthcare frauds, sworn-to statements by patient Diane Kleiman and other charges of Dr Sieberts narcotics abuses, sex abuses of patients at NYU mandate full disclosure and public disclosure of the hearings, records and reports conducted by NYU, and in their possession. Scamraiders is pursuant to the freedom of information act (FOIA) serving NYU/Langone with FOIA document/records form for all records, reports, transcripts of NYU hearings involving Siebert that resulted in Siebert's being terminated 'for-cause' at NYU. Scamraiders as a internet-media news organization is seeking the details of the Siebert termination based on the sworn-to affidavits and other disclosures of NYU patients and Siebert patients who reveal sex molestings, narcotics abuses, healthcare thefts and acts of extortion and suppression of criminal acts by Siebert and his lawyer Joseph M. Burke Esq. the disclosure of this information and the sex abuses and healthcare corruption is in the public interest because it will significantly aid patients and healthcare covered persons to understand the operations and activities of a rogue doctor and the manner healthcare frauds have been orchestrated and how sociopath doctors have abused innocent patients.

Scamraiders will publish its freedom of information act request form that it will serve upon NYU/Langone hospital on Jan 17, 2011.

There can be no reason for NYU/Langone to decline to produce under FOIA to a news organization all of the results, reports, findings etc of all of the internal hearings NYU conducted regarding the now made public by patient Diane Kleiman and any and all other hearings/findings, reports of any kind as to Dr Siebert's misconduct etc. involving Siebert victim-patients and Siebert's sex abuses, narcotics abuses, healthcare frauds and intimidation of patients. NYU can not shroud Siebert's despicable acts and frauds that have and can effect innocent citizens.

The full disclosure of all of the NYU hearings and resultant reports findings, etc. that resulted in NYU/Langone's determination of Dr Siebert's total termination, for any and all causes, from NYU/Langone hospital and any and all NYU affiliates and their staff, privileges and faculty.

The public must know all details about this rogue Siebert's rogue acts, and sex abuses and healthcare fraud.

As brazen Siebert continues to falsify his internet and other ads in order to lure and rape and rip-off innocent patients.

NYU/Langone, you have a civic duty and obligation to release all of these Siebert hearings reports and findings.

Surely NYU can redact patients names and medical conditions and report the findings surrounding Siebert's reported healthcare thefts, sex molesting and narcotics abuse and all else uncovered regarding Siebert and his outlaw acts as found at NYU/Siebert hearings and invesitgations, involving Kleiman and all other Siebert victims, hospital staff, patients and other Siebert complainants to NYU resulting in Siebert's termination from NYU, et-al.

Scamraiders will keep our readers and Siebert victims posted on NYU/Langone's cooperation regarding the FOIA release of these important NYU/Siebert reports, hearing records and findings and dr Siebert's termination from NYU.