JSC Paul Wooten exhibits a disdain for due process in the Jim Couri-John Siebert, MD case sufficient to analyze what looks and feels like a lot more than bias. the pattern of conduct points to yet more fraud instigated by a documented corrupt lawyer Joe Burke, John Siebert and others---to rob more than $20 million-take a look at the facts and patterns--judge Wooten you must recuse yourself as your actions and failure to act tells all. 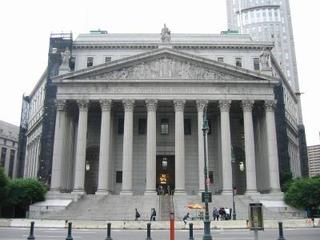 Scamraiders is a California domiciled internet news reporting organization--- whose mission is to exhume, uncover and report on corruption, fraud, swindles,& scams. neither Scamraiders or Jim Couri network is Jim Couri, as falsely claimed by a few of the documented crooks we are exposing. Jim resigned as a consultant and sold us the right to use his name. Scamraiders and its domains have been investigating the corrupt and criminal activities engaged in by Dr Siebert, Joe Burke, Ken Gomez and George Pavia for over one year. Our investigators/reporters have provided documents confirming these persons court corruption, tampering, fraud, perjury, sex abuses, etc. these culprits have and we have documented their acts of harassment, extortion and corruption and contamination, including tampering with court officials---all geared to discredit/extort Jim Couri and rob his money due from Siebert-- and to rob Jim’s rent stabilization rights arising out of his

Kenneth Gomez, Esq.
apartment at 18 E. 73 St, NYC, a brownstone owned by Pavia it is a dirty trail of documented bribery, fraud, perjury, tampering and corruption, including threats, and secretion of evidence. During this period Scamraiders uncovered Siebert's sex molestings of his patients, thefts of insurance money belonging to Empire BC/BS, and narcotics misuse--tax evasions, firing from NYU/Langone and worse. Scamraiders operates pursuant to its 'terms-of-use' and 'mission statement'. We have disdain for corruption and the corrupt acts of courts and judges---we also applaud honest courts and truly honest judges. We investigate and report the documented facts. we are not prosecutors we do assemble documents and reports of victims. Scamraiders investigators and reporters seek out documents from courts and otherwise. Scamraiders conducts interviews and patterns form. To be sure, court corruption is alive and well. Brooklyn 'l&t' lawyer now -- JSC Wooten has been assigned the case involving Jim and Siebert Wooten is new to the NY unified court system we all know that Jim is very ill.

Lawyer George Pavia
Now---lets take a look at what and who Paul Wooten is all about and how and when he became a judge in Supreme Court NY. Mr. Wooten was a Brooklyn lawyer active in L&T courts. He had high hopes. He made fast-friends with the usual suspects on Brooklyn’s Court and Remsen streets, such as the Normans, Sampsons, Flakes, Pattersons and many more crony/old boys. Later on, Wooten tries a Brooklyn run for DA but quickly 'bows-out' - says he ran out of money. Rumor has it that a opaque deal was made---Wooten bows out of the DA run and he gets a 'quid-pro-quo'--- resourceful Wooten’s hat goes into the ring for a NY/kings judgeship. The old-boys 'nominating convention' at St Francis College in Brooklyn Heights ok'd Wooten - so from his home grounds, and office (Livingston/Lawrence streets), near famous Court Street, Paul Wooten got his new/crisp black robes, thanks to Gov. Patterson’s signature, and the 'nod' of 'others'-----ie: the new round/races of 'old-boys' in Brooklyn simple-- no 'fuss or muss'. From Kings County and Livingston and Lawrence streets, deal-maker Wooten is soon moved into NYC 'to make his bones'--first at the NYC traffic section-- as reported to Scamraiders we are told that by the time Wooten is 'tagged' for part 7, 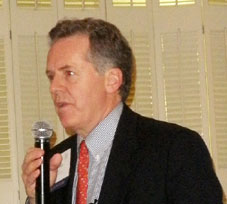 Dr. John Siebert
at the 'Louie Lefkowitz bldg' Wooten left behind, according to reports from NY clerks, about 100 undecided cases/motions.

JSC Wooten is a well documented deal-maker,who we are advised is not new to FBI investigations of his 'activities'. We hear his DA race and subsequent judgeship became a subject of interest by the FBI and the federal level. Now enter Wooten into to the murky--dirty-tricks case of Jim Couri vs Siebert Siebert and lawyer Joe Burke have for 6+ years created a documented paper trail of fraud, tampering, spoliation,& deception to avoid paying Jim on agreements that Siebert unconditionally signed. The corruption these crooks have engaged in are well documented but as yet ignored by a corrupted court-system.

Now, as to JSC Wooten---first Mr. Wooten has for 7 months since his assignment to the case failed and refused Jim a conference call with the court as mandated by certain court orders issued by JSC Beeler in 2005. Until Jim complained to administrative Judge Heitler, Wooten did zero. Over 30 motions were undecided. thereafter slipshod, bias, illogical and inconsistent decisions have been rendered with a pattern of abuse of the law. 'Fast and furious' Wooten generated his inconsistent decisions displaying a systematic pattern that are without doubt a clear and convincing scheme to disenfranchise Jim out of his rights and money.

We find also that certain Wooten decisions not yet scanned or made public were found in the possession of Joe Burke----how come? Then, Wooten in violation of a injunction and restraining-gag order signed by JSC Beeler in 2005 signs a barred motion/OSC made by Siebert/Burke to put Jim in jail, claiming without a shred of proof other than hearsay and lies that Jim is Scamraiders and that Siebert is being slandered and that Jim violated the very injunction that the OSC itself violates. Wooten then in contravention to Wooten’s own conduct impacting Jim-- ignores the injunction issued by Beeler that bars Siebert and Burke from making motions, in any court without permission by conference call with the court and all parties and Burke on the line.

Wooten then writes and xerox copies orders improperly citing Jim but not Siebert/Burke regarding the Beeler injunction of 12-12-05 baring all parties including Burke from motions and making complaints about the parties. In fact one sequence was a Siebert/Burke motion but the Wooten decision wrongly refers to it as Jim’s motion. Jim wrote to Wooten stating the 'typo' of the decision, yet it is not corrected. Wooten also makes his own rules and ignores the over 40 documents signed by Siebert comprising, agreements, notes, wavers, guarantees made by Siebert admitting he owes Jim about $20 million. These acts are not simply mistakes, we believe they are calculated to derail Jim’s rights by manipulation of the law. moreover, JSC Wooten turns his back on and ignores documented acts of perjury, tampering, spoliation,& fraud engaged in by Siebert and Burke; and Burke's harassment, phony reports about Jim in violation of the injunction. yet at the same time Wooten targets Jim and refuses Jim access to the court by ignoring his requests for mandated 'conference-call' per the Beeler injunction.

Wooten ignores the general releases Siebert gave to Jim 3 times over 3 years with the advice of Siebert's lawyers. Wooten demands a supposed 'compliance conference' to review motions that are all improper as they were made without complying with the JSC Beeler injunction---& by Wooten's own words are improper and must be dismissed. Jim has asked Wooten to follow the law and set aside all motions and decisions made &/or generated in violation of the 12-12-05 injunction. Wooten up to now has only targeted Jim’s motions although the Beeler injunction bars and enjoins all parties including Joseph m. Burke glaring is the Wooten deprivation of Jim’s summary judgment motion. Jim showed 'sufficient cause' by proving that Siebert lied in prior pleadings and refused to appear at Heitler court-ordered pre note of issue discovery. Jim provided proof of Siebert's admitted liabilities to Jim and the granting of summary judgment would further the ends of justice and eliminate the burden on Jim who is terminally ill and on the courts. Wooten ignored the law and fair-play on summary judgment motions. further all motions made/decided by all parties from 12-12-05 without compliance with the Beeler injunction are not valid and must be vacated and set aside as improper and due to judicial error. in Wooten's own words all such motions are 'improper'. thus Jim’s summary judgment motion was and is proper yet Wooten, displaying bias, favoritism and worse 'sand-bags' Jim to aid sex-predator Siebert this conduct is atrocious and wanton. sadly Wooten has conducted his court with a forked tongue, writing illogical, bias, manipulated suspect decisions----systematically robbing Jim of his rights and ignoring Siebert/Burke corruption and ignoring the full scope of the injunction. Wooten knowing Jim is sick, is asking for supposed oral argument on yet other motions that were made after 12-12-05 and in violation of the Beeler injunction and therefore are all improper and must be dismissed. Wooten is sadly conducting his court by his own bias and improper rules in violation of his mandates as a judge. finally Scamraiders has been advised that Wooten's court has been on Scamraiders sites. it seems also that his law secretaries Malysha Rashad from 27 Arion Pl.,Brooklyn,NY 11206 and Lyssa Sampson from 420east 79 street nyc, NY 10075, also are users of Scamraiders sites. thus they all are bound by Scamraiders 'terms of use' and the all know that Scamraiders is not Jim Couri and that Jim was a $1.00 a yr consultant from July 2009 until he resigned on or about Nov 2009. such resignation was published on Scamraiders we are now trying to determine if Ms. Sampson is in any was related to state senator john Sampson a well known Brooklyn 'deal-maker'. To be sure, this is a saga not for the faint-of-heart but it seems to be opening a can of worms and worse that will not close so fast.

Scamraiders will continue to investigate Siebert, Burke, Gomez, Pavia, the court system and the bizarre sloppy acts of JSC Wooten-- who seems to be focused on robbing Jim’s rights under the us constitution, due process, court orders, CPLR, rules of law, free speech and res-judicata and collateral-estoppel. Scamraiders and network and its investigators and reporters will continue to assemble facts and documents regarding JSC Paul Wooten and the highly curious and suspect acts, decisions, demands, failure to act in compliance with judicial rules and mandates. JSC Wooten’s conduct is ignoring the evidence of Siebert's obligations and in the process is manipulating the law, condoning Siebert/Burke's fraud, perjury,spoliation, tampering--- all well documented--- and thusly depriving Jim of his rights and money. we see Wooten’s manipulation of the law and his condoning the documented corruption engaged in by Siebert/Burke and their co-horts to be obvious and outrageous. Scamraiders will wait to see if Wooten removes himself from the Siebert cases based on the conditions exhibited. Wooten’s conduct, bizarre inconsistent orders,lack of regard for mandates of injunctions, motion practices, illegal acts of Joe Burke and John Siebert, the filing of illegal orders to show cause, and lack of regard for Jim Couri's rights, grave health and mandates for conference call. the pattern of the Wooten court and seeming ex parte activities is to Scamraiders horrible and transparent--- federal law enforcement will have access to Burke's/Siebert/Pavia/ and others phone, email and fax records. they may well be another 'gold-mine' into the ongoing fraud, thefts and corruption Scamraiders has reported on and documented since Scamraiders inception in July 2009, involving the courts and many of it's co-conspirators.

We thank the public for the tremendous success and internet traffic of Scamraiders and its sites and domains.