John Siebert, MD is accused of sexually abusing patients, charged with being a pedophile, and his conduct is being covered up by UW Hospital in Madison, WI where Siebert is employed in the plastic surgery clinic. Scamraiders has been provided with credible accusations and evidence, detailing Siebert's alleged sexual abuse of patients, sexual antics with UW staff - yet no action from UW.

John Siebert, MD
Siebert's conduct violates numerous federal and state laws and American Medical mandates of physician misconduct. NYU Langone Medical Center has received charges from yet another patient for sexual abuse. We understand that Siebert's NYU hospital privileges and his position there has been terminated. 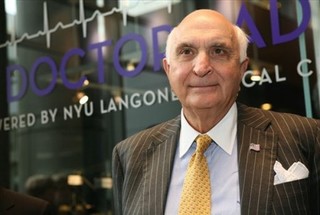 Ken Langone
Scamraiders investigators are pursuing this matter as Siebert is a sociopath, thief and a fraud as confirmed by documentary proof. Mr. Ken Langone will be personally informed that the hospital he donated about $100 million to employs accused sexual perverts.

Stay tuned to Scamraiders for more on this matter and please see the letter we received on March 29, 2010 from 'Linda M.' regard...