Over the past number of months Scamraiders Staff has reviewed the Court file involving our Founder Jim Couri and Lawyer/Landlord George and Antonia Pavia’s Cases before Judge Joan Madden. These Cases were started by the Pavias in 2002 as a decoy solely to recapture Rent Stabilization for the Pavias’ 18 E. 73rd Street NYC building. Jim secured Rent Stabilization for his apartment and the entire building in 2001 through the Division of Housing and Community Renewal (DHCR) in New York City. The designation of Stabilization Status of the Pavias’ residential building diminished the market value of their premises by about $10 million. Once a property is deemed Stabilized, the owner/landlord cannot remove those tenants for any reason, except non-payment of rent or nuisance (see Nuisance Statute).

It appears the Pavias, furious and money-hungry, were desperate when it became clear that all their efforts to reverse and vacate the DHCR Ruling for Stabilization were futile. Believe us, they tried it all---even filing a false claim against Jim in Criminal Court alleging “nuisance-harassment”. The District Attorney Dismissed the phony Pavia Claim on their own application. 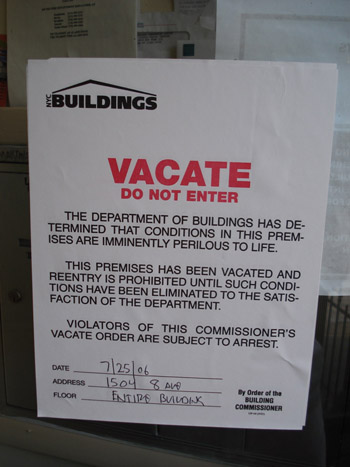 The Pavias then turned their attention to targeting Jim after recruiting a slick landlord lawyer, Jay Itkowitz Esq, who advertises his forms of “gamesmanship” in the Courthouse. Resourceful, Jay and George fabricated an outright lie, and filed suit against Jim in Supreme Court New York---falsely claiming a phantom leak in the Pavias’ triplex apartment below Jim’s apartment, supposedly caused by Jim.

This seems to have been outright fraud and perjury engaged in by the Pavias. Through some finagling, Itkowitz and Pavia got this Case (which properly belonged in Landlord/Tennant Court) before an Itkowitz’s “friend”, none other than a Supreme Court Judge (formerly from L&T Court), Honorable Joan Madden. Based on Madden’s courtroom conduct, the lengthy and sordid record of the Madden court decorum, along with trail of her voluminous Decisions/Orders----everything points to the fact that Ms. Madden was well briefed and “recruited” by the Pavia/Itkowitz schemers long before Jim walked into the Madden courtroom in December 2002.

Scamraiders has written a number of Articles with exhibits about this Pavia/Madden case, which anyone can review on Scamraiders’ Site and Archives. Jim is well-aware of the existence of Court corruption and the compromising of judges since he observed it through life experience and his friendship with Attorneys Roy M. Cohn and Sidney Korshck (see Jim’s bio).

Early on, after Jim found that there was no proof of any bogus leak, based on George Pavia’s own Testimony, Jim made a Motion seeking Dismissal of the false Pavia Claim. Judge Madden curiously denied Jim’s Dismissal Motion without any basis in law or in fact. Jim believed based on JSC Maddens acts then, her Court was prejudiced.

After about three Motions seeking Judge Madden’s removal from the Case, which were all denied, Jim made carefully crafted charges of Madden’s bias and suspicious acts to the then Administrative Judge and to the Commission on Judicial Conduct. These fell on deaf ears. Jim advises that he genuinely believes that he was victim of a “set up” orchestrated by the Pavias and Itkowitz to steal back and vacate Rent Stabilization Obligations of the Pavias’ building through corruption, thus disenfranchising Jim from his home.

Jim, having uncovered illegal construction at the Pavia Building, as well as a hazardous and illegal atrium attached to Jim’s apartment, turned to the Department of Buildings (DOB) where for four years, from 2003-2007, eight Violations were issued against the Pavias’ Building and against the illegal, hazardous atrium. 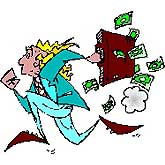 These Violations issued by the DOB are heard only at the Environmental Control Board (ECB); a Court created by the New York City Charter in 1972 (see ECB Charter). After hearings at ECB, in each instance, the Pavias were found “in violation” and ECB deemed their residential building as hazardous and that the atrium was illegal, built without permits or plans and that the façade and roof of the Pavia premises was deteriorated and unsafe. In the eight findings, the Pavias appeared at the ECB and lost, Appealed at ECB and lost again. In fact, ECB found that George Pavia was “a liar” and unreliable. Judge R. Acosta in Supreme New York affirmed the key ECB findings.

Undaunted, con-man, perjurer, George Pavia then caused a phony “Certificate of Correction” to be filed at the DOB, willfully lying, claiming that the atrium Violations had been cured and that the unfit, illegal atrium was rectified. Many of the DOB Violations the Pavias paid in part and others resulted in Judgments against them. It appears that the Pavias were at this point, frantic; with this record of illegal and unfit conditions at the Pavia’ premises, so the Claims asserted by the Pavias against Jim in the Madden Court were conveniently amended to include a “Nuisance” Claim (the only claim that, if successful, would rob Jim of his Rent-Stabilized home).

This Nuisance Claim was ground on supposed letters written by Jim to the Pavia Office. (This was the very Pavia claim that the Office of the New York’s District Attorney had previously dismissed as frivolous, and was also Dismissed by JSC Acosta and the DHCR.) But, Judge Madden rewrote the law and endorsed a sham/charade for the benefit of the Pavias’ Court Case (see Code of Judicial Conduct).

With the ECB Court Records of eight findings of hazardous conditions, and Pavia’s record and admonishment for lying and filing false/forged documents, even with Judge Madden in the Pavias’ pocket, the Pavia Case was in peril. NO PROBLEM, as part of Judge Madden’s misuse of the Court System, these Courthouse Robbers came-up with a new scheme.

Itkowitz, the front-man, made an In-Limini Motion. What this means is a Motion is made, usually made before a trial commences, requesting that a Judge rule that certain evidence is irrelevant or prejudicial and thus should not be introduced at trial. This effort is most common in criminal trials where evidence is subject to Statute of Limitations; such as statements made without the required “Miranda Warnings” by police; or a Judge may be asked to preclude any criminal or financial records if these are irrelevant or if the probative value is outweighed by the prejudicial value and thus violates the Rules of Evidence (see “In Limini”). Judges usually never preclude broad categories of evidence. Judges also rarely if ever, conduct In Limini Hearings. Most In Limini applications are made on Motion only.

Mr. Itkowitz and the Pavias sought in their supposed “In Limini” Motion to preclude ALL (yes, I mean all) ECB Court findings, all Violations, all ECB Hearing Exhibits and Documents, and all testimony of all DOB Inspectors who saw first-hand the Hazardous and Illegal conditions at Jim’s apartment and in the Pavia Building. Itkowitz/Pavia also sought to preclude all of Jim’s medical conditions--- heart disease and cancer, and all of Jim’s surgeries. Madden was “asked” to also preclude all incidents in the atrium, facts in evidence at ECB, and before Madden that the atrium was unfit and unsafe. In other words, Judge Madden was asked by Pavia/Itkowitz to remove and “bury” any negative findings about the Pavias and their building, including that this large atrium in Jim’s apartment is illegal and hazardous. Jim’s wife, an artist, painting in the atrium was subject to falling ice and glass, which Madden was also asked to preclude.

It seems that formidable Judge Madden violated the Cannons of Judicial Conduct (attached) not only did she entertain this transparent and absurd application, but curiously cleared the Court’s over 700 other Case Calendar and granted a five day Hearing so that the Madden Court could “set the stage” for these requested preclusions.

All done, in spite of the fact that the New York City Charter, section1049, mandated by the NY State Legislature, the Governor and the Mayor, requires that ALL DOB Violations are to be heard and decided at the ECB Court (see ECB Rules, etc.) and are final after Appeal at ECB, barring special Article 78 proceedings. No matter, Pavia, Itkowitz and Madden through the Pavia/DOB “Expeditor” recruited two DOB supposed Commissioners (Amir and Santulli) who, as part of the set up, and who never inspected the Pavia’ premises and who had no idea about the NY State Statutes mandating the unconditional authority/Jurisdiction of ECB Court, unwittingly or otherwise, overrode NY State Laws. This was all accomplished with the aid of Judge Madden to circumvent New York State and City Charter and the eight Violations and other ECB findings against the Pavias. Judge Madden wasted five days solely to cover the trail of compromise, corruption, fraud and bribery. 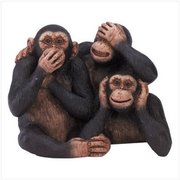 As no surprise, after the In Limini Hearing, Madden precluded ALL, yes ALL--- ECB Court findings, ALL Jim’s medical records, ALL of the Pavias’ perjury, fraud, false filed Certificate of Correction and precluded ALL ECB/DOB findings that the Pavia premises and Jim’s apartment was, after weeks of hearings at ECB, found to be hazardous, unsafe and unfit for human habitation. All of the necessary and material Evidence Jim needed to prove his case was precluded and therefore improperly hidden from the jury. ALL this evidence was specifically relevant to the Pavia building and Jim’s apartment.

Although Jim had previously filed Disclosures of Impropriety exposing Judge Madden’s bias and “odd-ball rulings” to the Administrative Judge Silberman, the only result was that Madden escalated her manipulations, and then in retaliation, targeted Jim by, among other things, interfering into his medical malpractice Case and meddling into two other Cases Jim is pursuing in the same Courthouse. The Documents reviewed by Scamraiders seem to affirm a pattern of obstruction of justice, fraud, misuse of interstate instrumentality, etc.--- to commit fraud and repeated violations of the Rules of NY State and Jim’s rights under the US Constitution. Madden’s systematic and orchestrated maneuverings of the Court Rules and her other ruthless acts point to outright corruption, which contaminated the Trial and Jury and as a result thereof, stole Jim’s home and property under the guise of legitimacy. After all, Ms. Madden has the “Black-Robe”----that makes her “honorable”.

Madden had to be sure that the Pavias came into the JSC Madden Courtroom and her “Kangaroo Trial” without the remotest chance of losing. This Judge, based on the paper-trail, documents, transcripts and her Decisions/ Orders, appears to have violated Federal Law, State and City Law, and Constitutional Law---- to get the Pavias what they wanted--- Jim out and a reversal and vacature of Rent Stabilization of the Pavia building. JSC Madden, as it seems, administered “obstruction of justice”---- not “justice”---and after finagling the Laws into a “corkscrew” delivered for the Pavias----for now.

Scamraiders is carefully putting the pieces of this puzzle together, so that all of you have the roadmap-----then it is up to you to decide where it leads. History teaches us that people usually do “favors” for love or for money. Do you think JSC Madden loves the “charming and engaging” George Pavia???-----Stay tuned.

About ECB - NYC Environmental Control Board